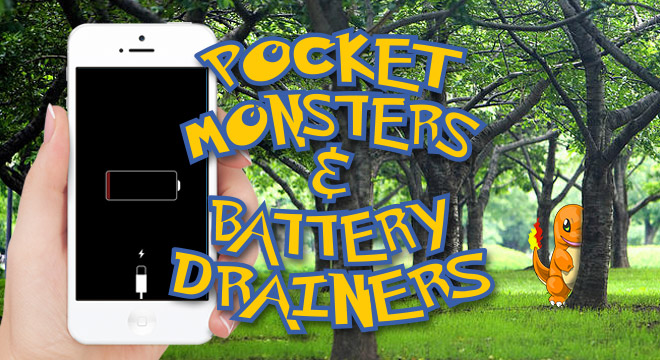 Unless you’ve been living under a Poke Ball the last few weeks you’ve heard about the premiere app currently capturing the mobile zeitgeist: Pokemon Go. Fun fact: “Pokemon” is short for “Pocket Monsters.” The popularity of Pokemon Go has significantly driven up the value of franchise owner Nintendo (depending upon which day you look), inserted the Pokemon franchise back into the mainstream, and gotten the normally sedentary American public out of the house– but with screen firmly planted in face, of course. While unavailable for comment, we imagine the game’s mascot, Pikachu, would remark “Pika-pika!” in response to the app’s success. And judging from the swift response and actions of those in the mobile market, they seem to agree with the top pocket monster’s positive assessment. It didn’t take long for players in the mobile industry and beyond to recognize an opportunity and attempt to draft off of it, which many did with varying degrees of success as we understand it. Since the app’s release we’ve seen the rise of Pokemon trainers ($20 an hour for their services) on the low end and the rights to a live action Pokemon film sold at the high end. We’ve also seen various strategy guides, tips, and even health warnings urging players to watch where they go while playing Pokemon Go on the go. Some companies, especially in the mobile space, have attempted to take advantage of the app’s potentially negative side effects. Those being data usage, battery drainage, and the potential to drop a smartphone while attempting to catch ’em all. On the data usage front, T-Mobile has added an exemption to Pokemon Go data usage for a full year, which should allow their customers to search for new Pokemon without the threat of overages. On the battery and protection front, many of our partners marketed their batteries and protective cases as essential companions to the Pokemon Go experience. It makes sense; you can’t catch Pokemon if your battery is drained or your phone is broken. While we can’t fully speak to the success or failure of these efforts, we applaud everyone for being savvy enough to recognize an opportunity and go for it– no pun intended.

And there lies the lesson. Smartphones and the tech and apps associated with them generate a lot of press, and in rare occurrences like Pokemon Go, they dominate the news cycle. Given everything going on in the world and abroad, Pokemon Go’s coverage and performance is particularly stunning. But if for some reason you didn’t take advantage this time, we urge you to do so in response to the next big thing in mobile. When it comes to mobile events such as Pokemon Go, it is advantageous to figure out how your business fits in with the event and how you can draft off its success, further increasing your sales, loyalty, and authority in the space. In the case of Pokemon Go, companies in the mobile space focused on the negative aspects of the app and spun themselves as a smart and positive solution to combat these common issues. There’s still time for you to take advantage with Pokemon Go, and more than enough time to prepare for and be on the look out for the next big thing in mobile. It isn’t rocket science; heck, it isn’t even Pokemon training! But in the case you haven’t already, always look for unconventional opportunities to enhance your business while tending to the tried and true on a parallel track.

And last but not least, feel free to speak to your designated sales representative to bounce ideas off of whether it’s about taking on a case line, signing up for Dropship, and even wild promotional ideas akin to what some companies did in response to Pokemon Go. We’re here to serve you– unless we’re on break catching Pokemon, that is!

Welcome to Our Blog

Home to mobile accessory news and business insight for retailers. To learn more about VoiceComm and our services as a wholesale accessory distributor, visit myvoicecomm.com

Sign up to have new posts and updates delivered to your inbox.

Thank you for subscribing.

we respect your privacy and take protecting it seriously